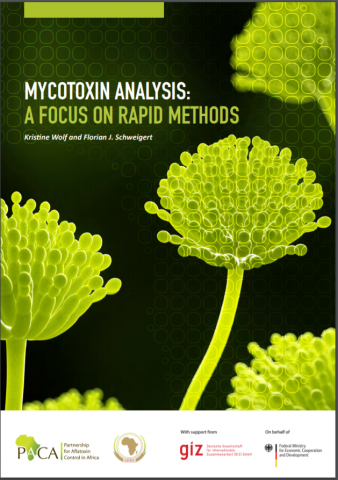 1. CHALLENGES OF MYCOTOXINS AND THEIR CONTROL

Mycotoxins remain an important global food safety issue. Many hundreds of natural, toxic secondary fungal metabolites that are collectively termed as mycotoxins have been identified from fungal cultures. Some of them are observed in foodstuffs and feedstuffs around the world. FAO has estimated that about 25% of global crops are contaminated by molds and thus affected by mycotoxins. The economic losses are estimated to be billions of dollars (FAO, 2004). Of the many different mycotoxins, only a few specific mycotoxins (or groups)present considerable food safety concerns. These agriculturally-important mycotoxins are aflatoxins,
fumonisins, deoxynivalenol (DON), ochratoxin A (OTA) and zearalenone (ZEA) (Moss, 1991; Steyn, 1995). Among them aflatoxins have a dominant